We are pleased to announce that Samadhan Kender has not only been approved as authorized "Common Service Center" by the Department of Electronics & Information Technology, Government of India, but it has also been authorized as Aadhaar Enrollment Center by the Unique Identification Authority of India. The integration of CSC with UIDAI has been initiated and likely to go live 8th of April, 2016 along with Child Aadhar Enrollment which will be rolled out on the auspicious Baisakhi day on 13rd April, 2016.
Now the Public can get following uninterrupted services on all weekdays including Saturdays and Sundays from 10.00 AM to 8 PM at Samadhan Kender:
This is in addition to more than 101 services being provided by Samadhan Kender under the banner of CSC.
at March 31, 2016 No comments:

Income Tax Department has issued advertisements in leading newspapers advising the Tax Payers to pay their Advance Tax latest by 31st March, 2016. The income Tax authorities have also enabled the efiling of IT Returns for the financial years 2013-14 and 2014-15 to be filed before 31-03-2016. Only 5 days are left to avail the last minute opportunity for late filing of returns. Public in general is advised to avail this unique facility being provided through Samadhan Kender, Near Bikaner Mishtan Bhandar, Rajpura 140401 Punjab well before end of the day on 31st March, 2016. Keep in mind the following points while paying advance tax and filing late IT returns:
Visit Samadhan Kender for all your Tax Problems and e-filing of IT Returns.
at March 27, 2016 No comments:

Get online appointments with PGIMER online

Now you need not wait in long queues at PGIMER, Chandigarh for making registrations. Just visit Samadhan Kender to get the appointment with the following expert specialist senior residents at PGI, Chandigarh:
Samadhan Kender will issue Online Registration Number to be shown at dedicated special registration Counter between 08.00 AM to 11.00 AM (Monday to Friday) and 08.00 AM to 10.30 AM (Saturday and Gazetted Holidays) on the date of appointment chosen by you. You will get an OPD Card with Unique and Permanent CR Number at the counter. This Permanent CR Number will be used for all your subsequent visits to PGIMER.
at March 24, 2016 No comments:

Samadhan Kender wishes Happy Holi to all its patrons, customers and audiences. On this Holi occasion we announce that Government of India has approved us as authorised Common Service Centre under Digital India programme.

The Government approval has been conveyed under Common Services Centres (Scheme) by the Department of Electronics and Information Technology, Government of India. We will not only be providing variety of services as conveyed earlier but our latest addition Digital Life Certificate will also be issued to retiree senior citizens. Just visit Samadhan Kender, Near Bikaner Mishtan Bhandar, Rajpura-140401 Punjab to get your own digital life certificate generated online along with Jeevan Praman ID. While visiting Samadhan Kender, please bring with you the Pension Payment Order and Aadhar ID. In case of non generation of digital Jeevan Praman (Life Certificate), our team will guide you free of cost.
Benefits of Digital Life Certificate or Jeevan Praman for Pensioners:
Samadhan Kender, once again wishes you Happy Holi to all and we wish you problem free life. Leave all your worries with Samadhan Kender.
at March 24, 2016 No comments: 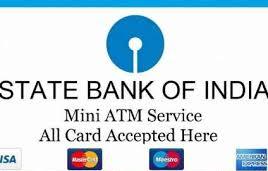 Soon Launching Mini ATM popularly known as Chhota ATM of SBI at Samadhan Kender. Chhota ATM is likely to go live by the end of March, 2016.
We have been identified and approved by SBI to dispense cash within prescribed limits by SBI.
Swipe Card and Get Instant Cash:
Visit Samadhan Kender to swipe card and get instant cash up to Rs.1000 without any extra charge.
at March 12, 2016 No comments: 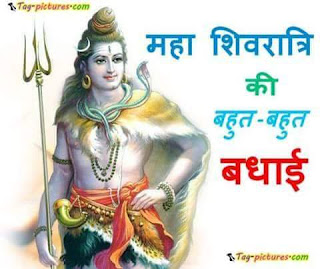 Samadhan Kender wishes its readers, patrons and customer a very happy "Maha Shivratri".
May Lord SHIVA keep you always Happy, Healthy and Prosperous.
Quote of the Day: If you do not see GOD in all then you do not see GOD at all.
at March 07, 2016 No comments: 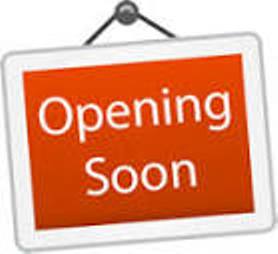 Samadhan Kender has been approved by GOI as authorized CSC (Common Services Center). Under the banner CSC the Samadhan Kender will make the following services available to public at very reasonable prices:
Samadhan Kender is committed to make your life comfortable by providing Government to Citizens services and many more services under one roof to make Digital India dream come true.
at March 06, 2016 No comments: