Can Aadhaar be used as Electronic Voter Card?

Can Aadhaar be used as Electronic Voter Card? 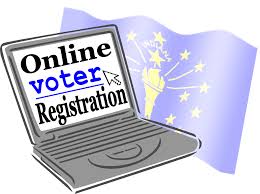 Why not? I think  with the issue of Aadhaar Cards to every Indian, the Voter ID Cards have become redundant and can be easily dispensed with immediate effect. Now when Aadhaar is issued to the newborn child and it is reviewed at the age of 5 years, 15 years and thereafter every five years to upload the New Face to get recognised.

State Governments may update their electoral records every year and those who cross the age of 18 years may find their names in the electoral rolls.  Let the electoral rolls generate the Election or Voter ID without issuance of any EPIC or Photo Voter ID. The generated Voter ID be linked to Aadhaar in the similar way as bank accounts or LPG subsidies are linked to Aadhaar ID. This facilitation will not only save thousands of crores of rupees spent on issuing the EPIC Cards to the voters but also make it possible to do away with surrender of Voter ID at the previous place of the voter. Let Aadhaar holders be empowered to link or delink their Aadhaar ID's from the state's voter lists. For example a person living in Amritsar and having issued the digital voter ID number for Amritsar district may link his or her Aadhaar ID with the voter ID during the period of stay in Amritsar. Once the voter moves from Amritsar constituency to say Varanasi constituency then the voter himself or herself should be empowered to delink his or her Aadhaar ID from digital voter ID in Amritsar Voter List. Based upon such recorded movements of the voter through his or her Aadhaar Unique ID the state or central governments can keep a check on the facilities being drawn by the voters.

Let it be left to the Aadhaar Card holders to create their own voter IDs through online networks by providing a Sign Up facility with their own Aadhaar ID's supported by OTP. Through such moves India can shift from Electronic Voting to Online Voting to be controlled by Election Commission of India.